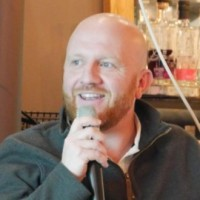 In our previous article, Celebrating 10 years of Snapwire - How Technology has Impacted Business over the Last Decade, we mentioned Moore’s Law and the relentless progress of technology since 2010. We looked at the development of the smartphone, and how it changed the business landscape, Fintech, AI and machine learning, robots in manufacturing, the growth of social media, and the rise of the tech giants Apple, Google, Amazon and Facebook.

Here we are taking an admittedly speculative look forward. What new developments are on the horizon and what kind of business world will they create? Of course, your guess is as good as ours, so please feel free to disagree with us.

More than Moore’s Law
Sometime in the next ten years, we will read that Moore’s law is no more. And, yes, we will no longer be able to pack ever more transistors into a square of silicon as we will have reached the physical limits of miniaturisation at the atomic scale. Yet, there will be life beyond Moore; the advance of technology won’t grind to a halt. For instance:

• Three-dimensional microchips are already in development. Like a double-decker bus, these allow you to stack ever more transistors into a device with a concomitant increase in computing power.

• Quantum chips may come of age. Already we can pack 54 qubits in a quantum chip. It isn’t many; we will need tens or hundreds of thousands to produce a useful quantum machine, but it’s a start. Within ten years, we may see the first quantum computers rolled out. More on this later.

• Biomolecular computing may emerge using DNA and other biological material. Already a dual-core biological processor has been created by genetically modifying bacteria. Not only is a biological computer unit tiny, potentially it can be scaled up to massive sizes with billions of cells. Such a device would far outstrip any digital supercomputer we could create.

The good, bad and ugly of artificial intelligence
AI will continue to advance throughout the next decade. To what extent and at what rate is anybody’s guess. Currently, how neural networks work is a mystery. We simply know that they do work. No doubt we will learn more about them and how to make them even better than they are over the next decade.

What we can be sure of is that AI will impact every area of business including healthcare, financial services, market trading, manufacturing, marketing, sales, supply chains, recruitment, human resources, education, law enforcement, government and the rest. We need to take care. The prospect that AI will have access to detailed personal information on most people on the planet is a little chilling. We are likely to see far more regulation than we have today.

The hard question is whether AI can advance to such a level that it develops cognitive abilities and even some form of consciousness. While some research groups are attempting to emulate the human brain by assembling neural network architectures based on the neuronal connections in the brain, so far, they have made but little progress. This isn’t surprising given that neuroscientists do not understand the mechanism of cognitive thought. However, advances will be made in that direction. Emergent consciousness is highly unlikely, some would say impossible, but cognitive AI that can make autonomous decisions could happen in the not too distant future. Early users of such technology would have an immediate advantage in all aspects of trading, finance and business.

Quantum computing has the potential to change the landscape of what today we consider to be computable. Classical computing is limited by problems that grow exponentially in complexity with their size. Examples are the travelling salesman problem and factoring the product of two prime numbers. For instance, factoring the product of two large primes used in a bitcoin address using conventional super-computers would take billions of years.

This is not the case for quantum computers. They would be able to solve such problems in seconds. The security systems that we rely on today would become highly vulnerable; cryptocurrency codes could be broken, credit cards hacked. Entirely new ways of keeping our money safe would be needed.

On the positive side, tremendous advances would be made in medicine, drug design and health care. We would be able to predict the weather far more accurately and many other things that today are impossible. The largest investors in quantum computing of which we are aware are Google (Alphabet) with its D-Wave quantum computer, Microsoft, IBM, Intel and Toshiba.

Will it all happen before 2030? It is indeed a possibility.

The big question is whether people will still want to own their own vehicle. Fleets of driverless cars that could be summoned using a ridesharing app would be much cheaper. Over 60% of the cost of taxi services such as Uber is labour. Remove that and compared with car ownership summoning a driverless car just when you need it is a real value proposition.

In 2020 autonomous vehicle technology still has a long way to go. While much of the underlying technologies such as radar, cameras and sensors that can identify objects on the road exist already, we are still far from being able to create algorithms that can anticipate what other road users are about to do when travelling faster than 25 mph. No doubt these problems will be solved as the decade rolls on.

Ultimately the effect on business will be massive:

• Car manufacturers will see a massive disruption of their markets. Some estimates suggest that car sales will fall by 40%. To compensate they may diversify into other markets such as ride-sharing.

• Haulage will use driverless trucks which can operate 24/7. Transport costs will be reduced, and truck drivers will be redundant.

• Petrol stations and associated services will decline. Autonomous electric vehicles will plug themselves into a power supply overnight or whenever they need a short boost.

• Airlines will see a reduction in demand for domestic flights as travelling in a self-drive car will be more convenient.

• New markets will be opened for rideshare and taxi services.

• Insurance costs should tumble. 94% of road traffic accidents are caused by human error; autonomous should be almost error-free.

What will become of the tech giants?
In our previous article, we pointed out that the five largest companies in the world are Apple, Google, Microsoft, Amazon and Facebook, but what are to become of them over the next ten years? It looks as if their critics will be disappointed. Recently Google (or rather its parent company Alphabet) was valued at $1 trillion and analysts were immediately predicting it could soon double in value to $2 trillion. As we indicated, much of the power of the tech giants lies in the vast stores of our personal data they hold. They are yet to monetise that data, and when they do it will revolutionise every aspect of our lives. Shares in all these companies are soaring and currently, we see nothing that threatens to burst their bubble.

Finally
While many of the developments we have speculated on here may not happen, at least some of them almost certainly will. At Snapwire, we are excited to be part of the rapidly evolving synergy between technology and business. There will be many new and some so far unimagined challenges to pit our wits and experience against as the decade rolls on. We look forward to it.

Looking for a solution?

Get in touch, we can help